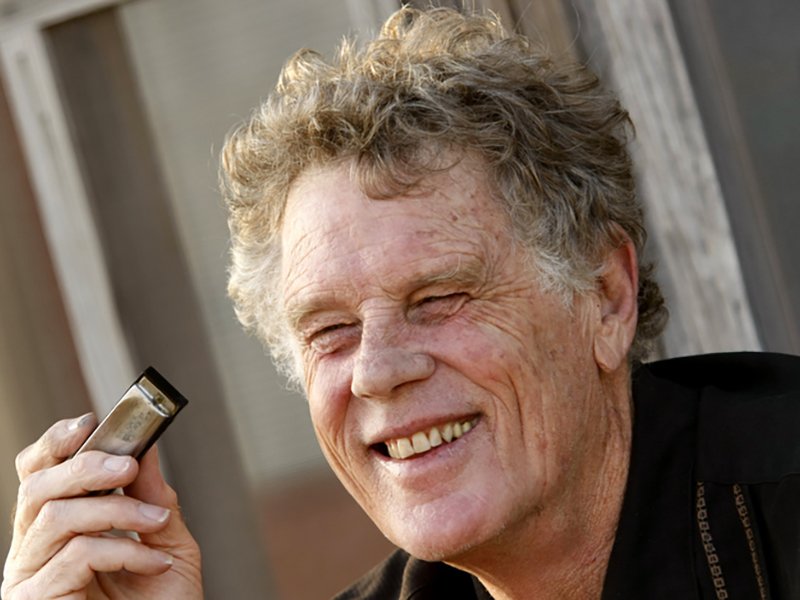 Jon Gindick spent his early childhood in the urban hillsides of Hollywood, California, and at the age of six moved to the flat agricultural Visalia, California,a town of about 12,000. While his parents were not musical, they were cultured, and Jon was introduced to classical and big band music, and Larry Adler, the great harmonica virtuoso of the ’30’s and 40’s.

While getting his degrees in Sociology and Psychology and at UC Berkeley, Jon really majored in playing folk and blues harmonica and guitar on Sproul Plaza, the center of campus street fair scene.

To Jon, it was a musical paradise, moving from group to group with his bag of harmonicas and guitar, getting introduced to the real folk and blues for the very first time.

When Jon graduated from college, he worked in the fields and packing houses of California, loading box cars, and sometimes sleeping in them. He wrote short stories, novels, trying to find himself as a writer, but finding greater creative outlet in music-making. Settling in Sacramento, California in the mid 1970’s, Jon started teaching harmonica, and found that he really enjoyed it. Over time he developed an easy system for understanding how to improvise. He began developing ideas about merging teaching with writing, and how to create a book that would come alive in peoples hands.

Encouraged by his parents, Jon wrote and self-published his first book, The Natural Blues & Country Western Harmonica in 1977, took out an ad in Rolling Stone magazine and sold a book, cassette, Special 20 harmonica kit for $13.95 and sold thousands. Inspired by this success, Jon and published Rock n’ Blues Harmonica, a book which used fiction and story telling to reach its audience.

He also returned to college where he majored in Group Psychology, and continued developing theories about how people learn.

In 1984, a young publishing company called Klutz Press contacted Jon and asked if they could take over publishing of Jon’s books. While Jon never gave up control of his properties, he did create a book, audio and harmonica kit (in this case a Pocket Pal harmonica) for $12.95, and sold over 1,000,000 over the next 16 years. This book, Country and Blues Harmonica for the Musically Hopeless, made Jon one of the best-selling musical instruction authors of all times, and helped tens of thousands get started down Jon’s musical path.

During this time Jon created and published many more instructional programs, sold them by mail order, appearing on television to show people how easy it can be to play harmonica. He also started teaching harmonica in groups.

In 2002, after starting his family, Jon started Blues Harmonica Jam Camp, and held over thirty- five of these 3- day harmonica seminars in cities across the US. In 2008, Jon moved the seminar to the Shack Up Inn in Clarksdale, Mississippi, and extended the adventure to 5-days. These camps, limited to about thirty people, have created a new way to enjoy music, learn to play it in a community of like-minded souls.

Blues Harmonica Jam Camps have had a big impact on the people who have attended them, but none more than Jon Gindick. For 10 years he has met with, and managed, teams of great harmonica players to teach “campers” how to jam. These camps led him to rededicate himself to music, and to become a ardent performer, as a one man band on harp, guitar and vocal, as well as a bandleader in a traditional band ensemble.

In 2010, Jon released a CD of his music, a collection of 10 original songs called “When We Die, We All Come Back As Music.” This album won the HHMA Award for Best Blues Album of 2010.